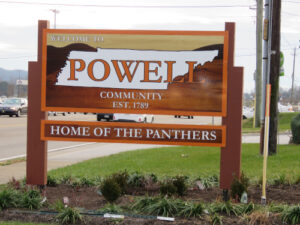 Despite its status as unincorporated, Powell TN is considered to be more of an “independent” small town than a suburb. One of the reasons behind this is that it was established in 1789 (two years before the establishment of Knoxville) by settlers passing through East Tennessee into the frontier. Among these early settlers was Stockley Donelson (1753–1804), a brother-in-law of President Andrew Jackson. Another early settler was John Manifee, a Revolutionary War veteran who built a small fort and trading station along what is now Clinton Highway in the late 1780s.

The influence of the Old South’s culture can still be seen today in Powell, mainly by architecture. There are several Antebellum homes located along Emory Road and the original neighborhoods of Powell. Several of the older homes in the original part of Powell are believed to have been used as Confederate hospitals during the Civil War.

Powell Residents Can Choose The Ideal HVAC System For Your Home

The appropriate HVAC unit for your residence should not stop whatever you are doing, or wake you up in the middle of the night. If you are looking into getting a new HVAC unit, find out how to choose the best and most silent HVAC system.

Factors To Consider in Choosing The Ideal HVAC System

All HVAC systems have a decibel (dB) score that is directly related to the level of noise. The reduced the decibel rating, the quieter the system.

As you are researching as well as comparing units, it is essential to look at the decibel scores of various models and brand names. Some people think one sound to be two times as loud as another one when audios are about 10 dB apart. Make use of this guide from Purdue University as a context:
• 50 dB = a peaceful conversation at home.
• 60 dB = more detailed to the volume of a conversation at a dining establishment.
• 70 dB = thought about as “irritatingly loud,” like the noise of a vacuum.
• 80 dB = the audio developed by running a waste disposal unit.
Using these examples, the majority of house owners seek a silent HVAC system that is below 60 dB. The quietest systems drop between the series of 50-60 dB.

Why is a cooling and heating system so loud? A heating and cooling unit is a complicated machine with lots of moving components that make a rattling sound from the extreme vibrations that happen when it is running. These sounds– normally connected when starting and stopping the fan– are the leading wrongdoer of HVAC-related sound pollution.

When it is extremely hot outside, your system will operate at its highest decibel, because the unit is burning the midnight oil to keep a comfortable temperature. Various other noises could be developed by outdoor aspects, like leaves or branches coming under your system.

Here are other features that you should look into:

Just like all home appliances, this is an essential step for maintaining performance and also extending life span. Have your heating and cooling unit examined by a heating and cooling professional at least once a year to avoid potential problems from cooling agent leaks, used parts, loosened bolts and also screws, and also outside particles.

The dimension of your unit can additionally play an essential duty with noise. If you do not choose a system that’s large enough to suit the dimension of your house, the decibel number will not matter, as the fan will certainly be running constantly.

It is advised to ask the help of an HVAC contractor Powell TN to discuss the right HVAC system for you. Beyond the area of your home, and the environment of your location, a trustworthy contractor will also think about elements like your ceiling elevation, in addition to what kind of insulation remains in your residence.

Call J.C.’s Heating and Air if you need help in choosing the right and quiet HVAC system for you.